I’ve been on the road this past week with the family so it’s been a break from the blog here.  Now I’ve got some great photos and stories to share from our visit to the NASA Johnson Space Center in Houston, Texas!

It wasn’t just me who wanted to go here…although I was the most excited about it.

When you drive up the facility you know you are in the right place: 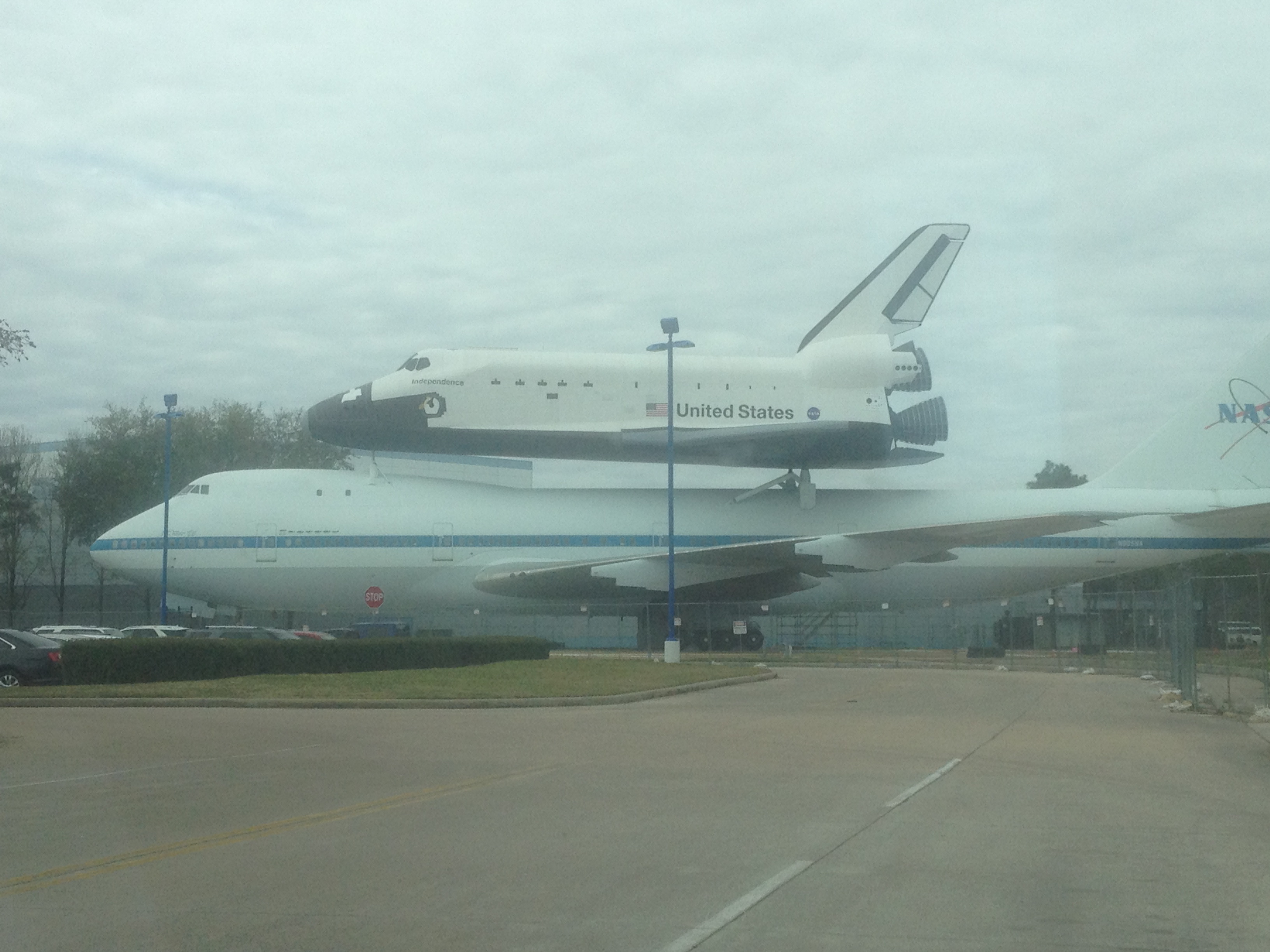 That is the Shuttle Independence on top of the 747 carrier aircraft.  Definitely awesome!

Inside the main hall, you can go inside the nose section of another actual Shuttle, the Adventure: 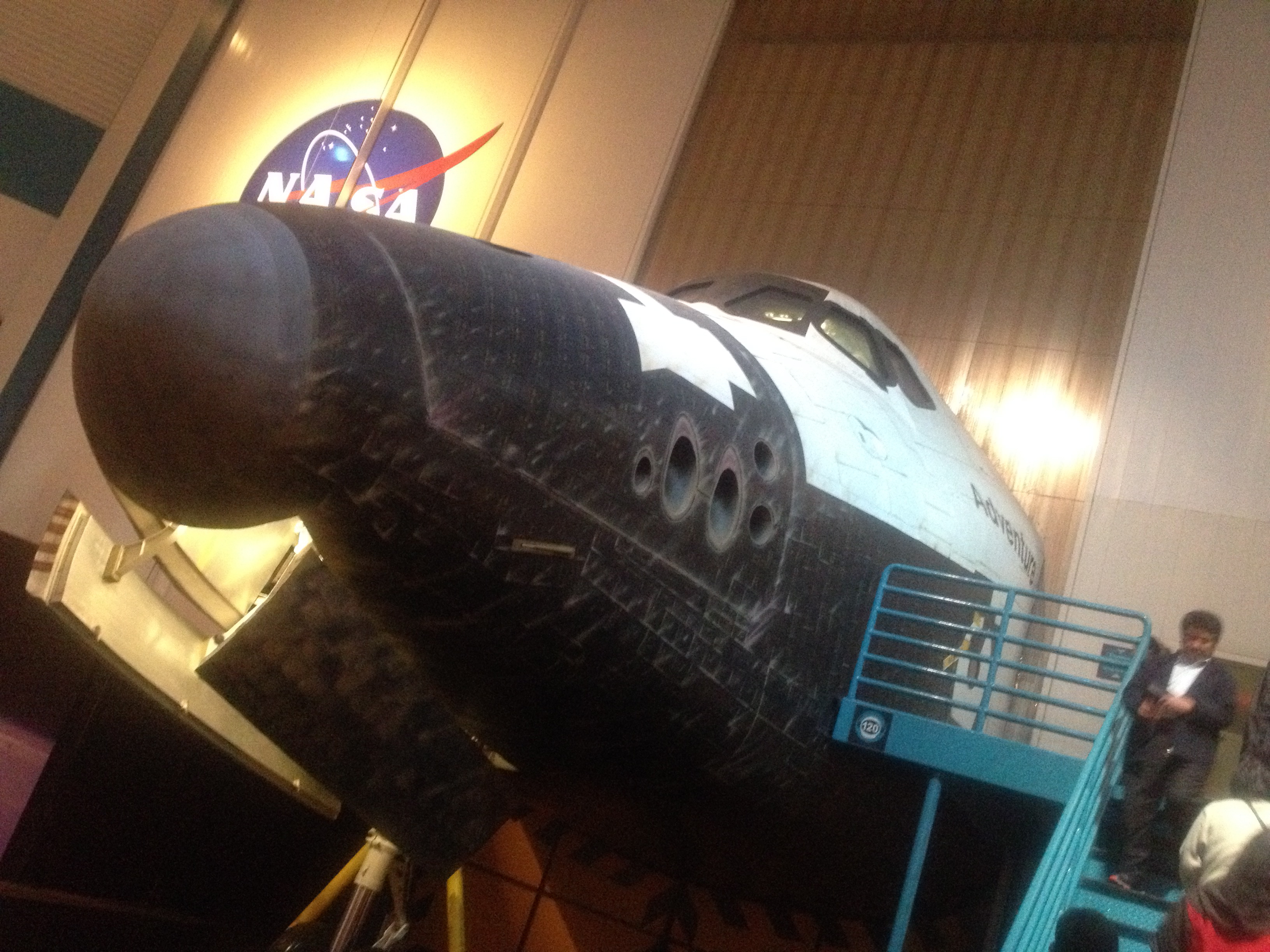 My kids had fun with a lot of the activities and interactive exhibits in the museum.  There was a Mars rover driver, lots of science and physics interactives, and some simple but fun things like this: 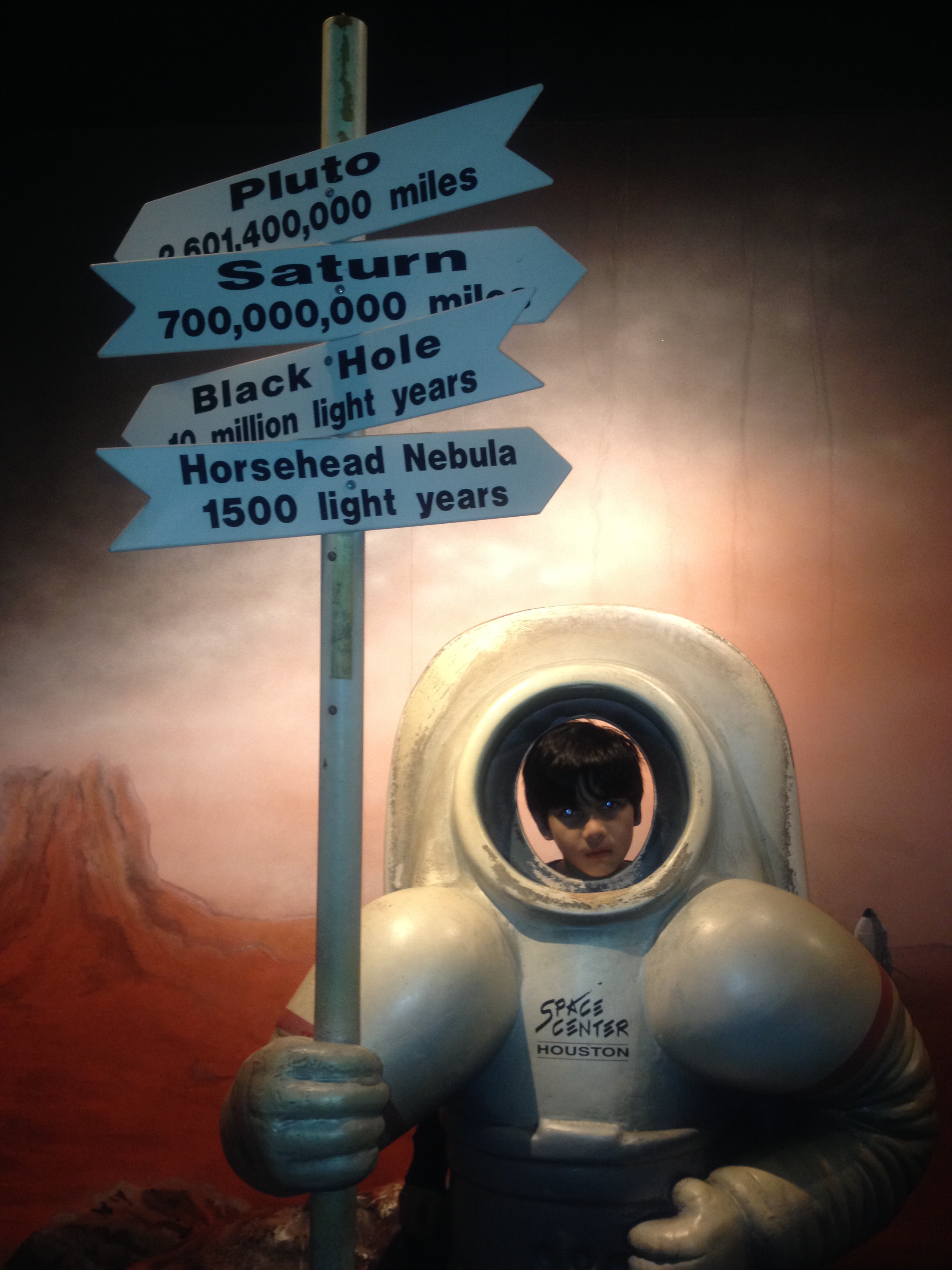 The highlight of the main exhibit building was almost something we missed completely.  A discreet dooorway led into a dark hallway with SpaceLab photos. Then it opened up into a large black room that felt like you stepped into outer space.  Inside the room were several actual spacecraft and objects.  Many were suspended from the ceiling which was dotted with stars.  It was the best space in the museum.  Not easy to take pictures there, but here was one that came out well. This is one of the lunar rovers: 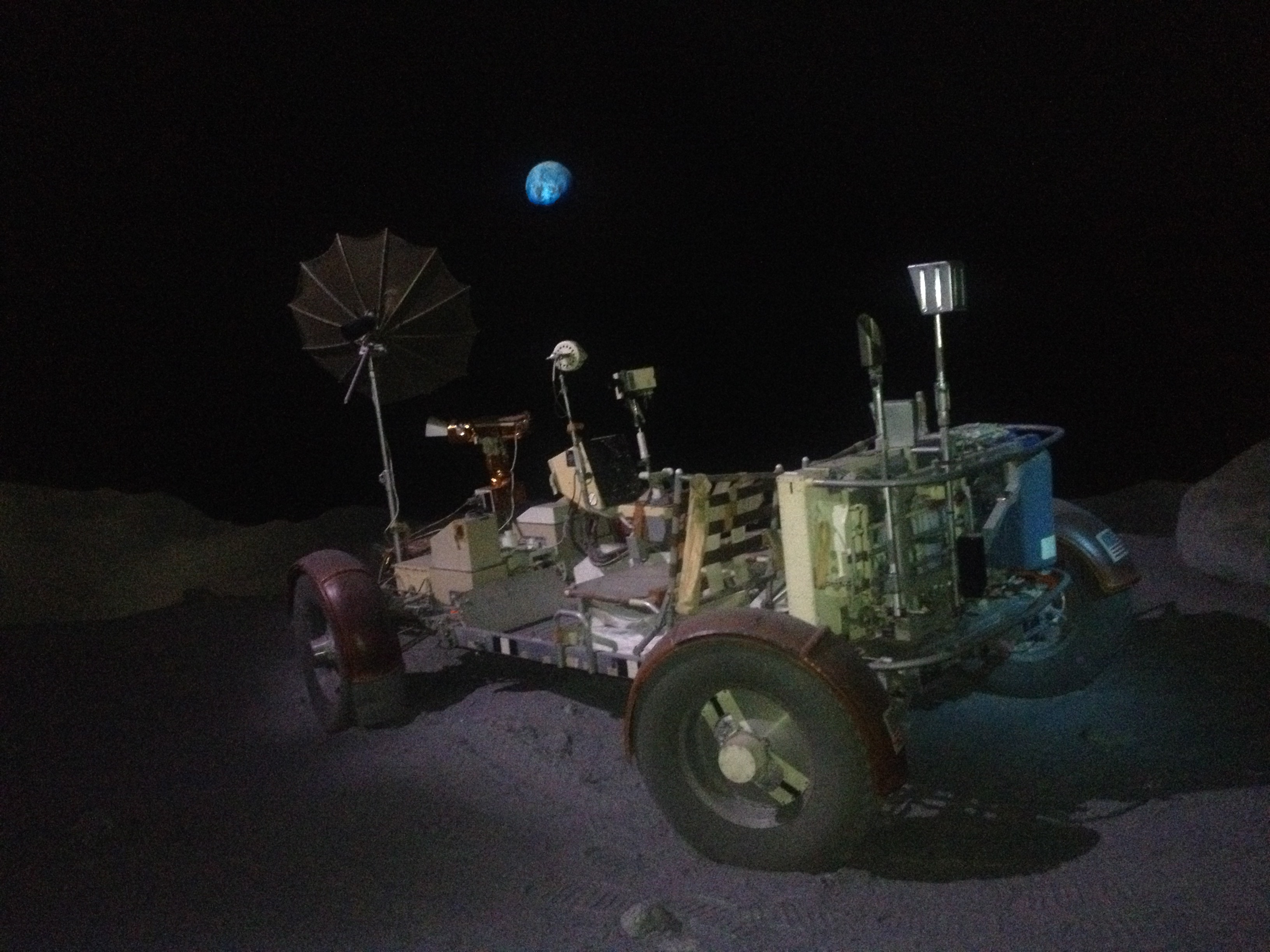 The backdrop with Earth in the distance was awesome!  Very well done.  It is a shame though that I bet most people who go into the Space Center miss this room completely.  Hopefully my account here will cause you to look around or ask someone there to lead you to it if you visit NASA JSC in the future.  I won’t try to explain how to get to the room here–the Space Center website will help plan your trip and visit.

Of course they had plenty of rockets for the die hard rocket scientists among us: 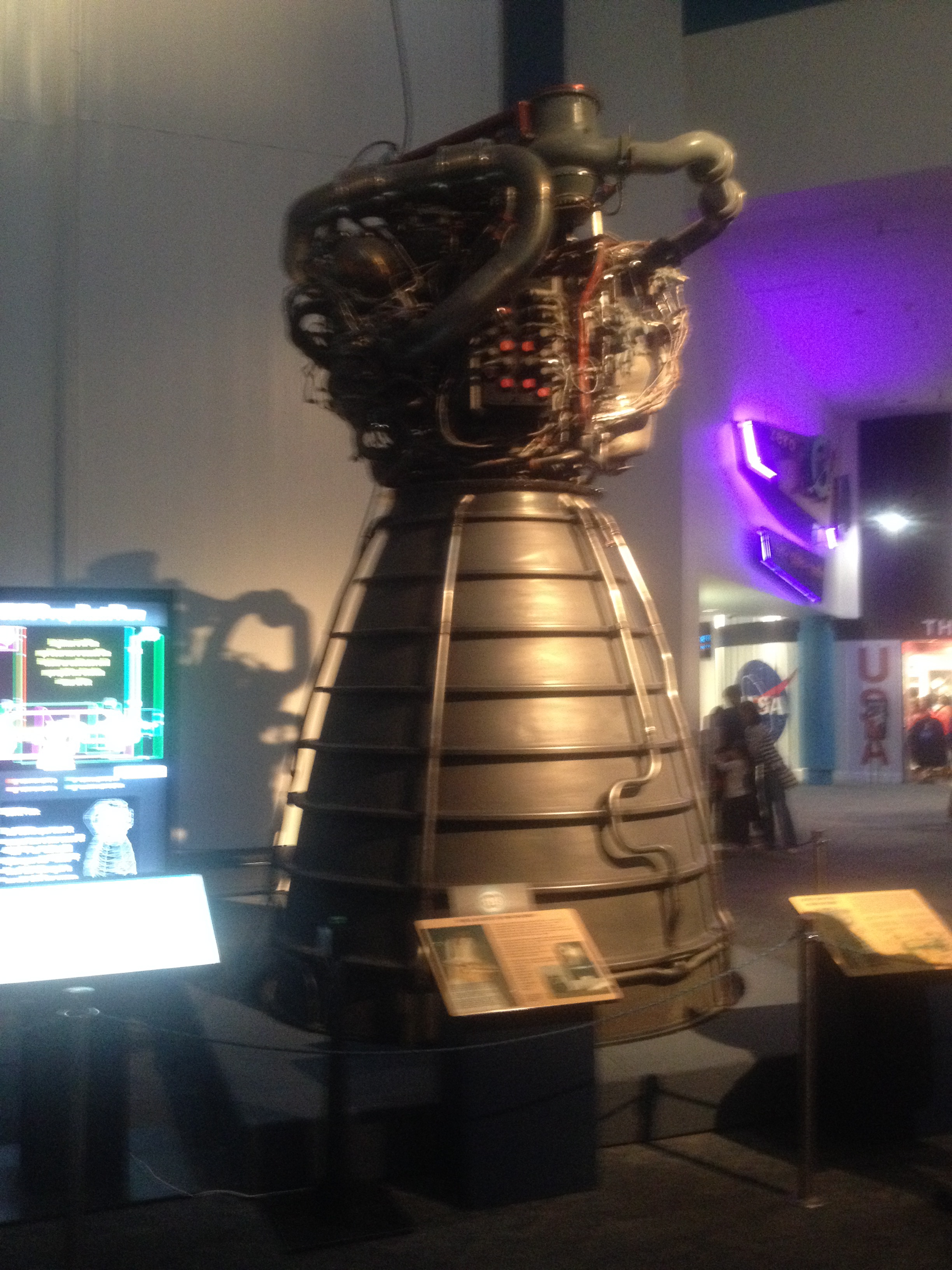 This is an actual main engine from a Space Shuttle.  More awesomeness!

There was even more fantastic things to see and learn from a shuttle ride we took to Mission Control Center (part 2) and the Saturn V building (part 3).

Have you visited The Space Center?  What was your favorite part of it? Tell me about it in the comments!